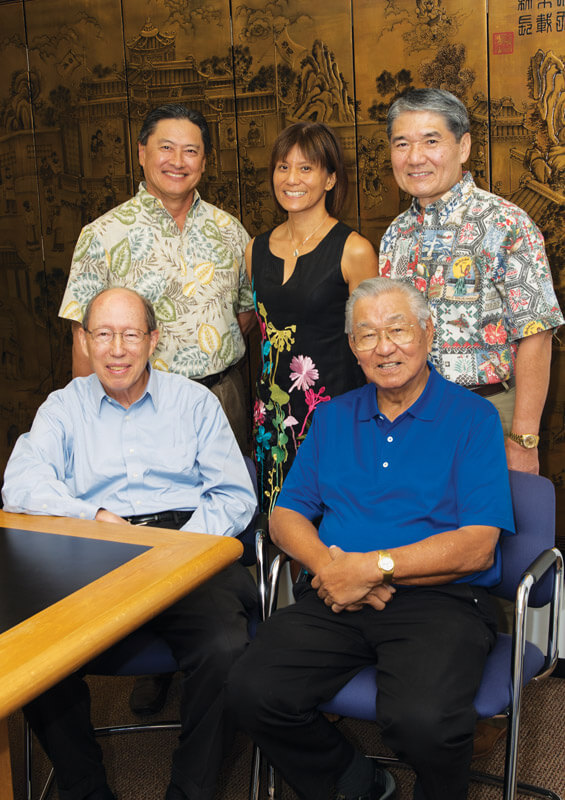 Courtesy of Punahou School – Several years ago, The Clarence T.C. Ching Foundation took a chance on a program at Punahou School. The idea ran counter to popular assumptions about the divide between Hawai‘i’s private and public schools, but President Jim Scott’s ’70 vision was compelling:

“To identify students in neighboring public schools with high academic potential, but low economic opportunity – and to raise their aspirations and their preparation to attend college and go on to be an important part of the future of Hawai‘i.”

The early success of Punahou’s partnership with the Hawai‘i State Department of Education inspired the foundation trustees to make a groundbreaking $3 million gift in 2009 to support PUEO (Partnerships in Unlimited Educational Opportunity). The summer academic enrichment program was launched in 2005 to provide public school students from challenging circumstances with the preparation to attain their educational goals and attend college.

Its innovative vision and collaborative approach appealed to the foundation’s emphasis on supporting education as a key to future success for “those who demonstrate the capacity and desire to improve themselves … in the expectation that such persons will ultimately contribute to creating a better society.”

Founded in 1967 by the late Clarence T.C. Ching, a real estate developer, banker, affordable-housing pioneer and philanthropist, The Clarence T.C. Ching Foundation is one of Hawai‘i’s largest grantmaking charitable foundations and has supported numerous educational institutions and community organizations over the years.

Ray Tam, vice chairman of the foundation and the nephew of Clarence T.C. Ching, often shares his family story with PUEO scholars to underscore how much one can achieve with hard work and clear goals. Ching rose from humble plantation roots on Kaua‘i as one of 11 siblings raised by first-generation Chinese immigrant parents. After attending Saint Louis School, he developed significant portions of real estate in Honolulu, including the Airport Industrial Park, Fort Shafter, Tripler, Red Hill, Moanalua Valley and Salt Lake areas, the Chinatown Chinese Cultural Plaza and the low-income housing complex Kukui Gardens, which was subsequently sold to expand The Clarence T.C. Ching Foundation.

“We are inspired by you and your stories,” foundation trustee Kenneth Okamoto told the most recent PUEO graduating cohort in 2015. “Instead of letting challenges defeat you, you use them as a source of inspiration for the future. Clarence T.C. Ching also faced many challenges, and the lesson is that humble beginnings don’t dictate your future.”

In February 2015, The Clarence T.C. Ching Foundation announced that it would renew its support of the PUEO Program for the next 10 years with an extraordinary grant of $6 million, the largest from a foundation in Punahou’s history. “Our foundation has always believed that education is one arena where we can have a profound effect on our young people – to enable them to dream big and make Hawai‘i a better place. All of the trustees have been immensely impressed with what PUEO is accomplishing and the effect that it has on all of these students’ lives,” Okamoto says.