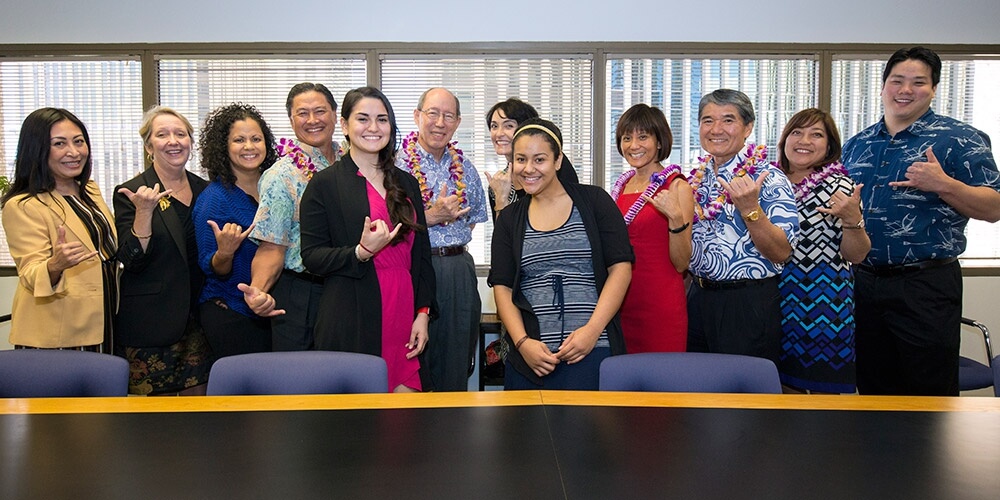 The program, which was launched in 2012, provides financially at-risk students with a year of tuition. It also provides a support system of mentoring and tutoring throughout a student’s first year of school.

The $90,000 gift was inspired by the Kaneta Foundation, which recently announced a $1 million matching gift challenge to support the Lunalilo Scholars program. So far, $123,450 has been raised through the challenge.

Learn more about how you can support the Lunalilo Scholars Program by contacting Senior Director of Development Linh Hoang Poe at (808) 734-9570 or Linh.Hoang@uhfoundation.org.